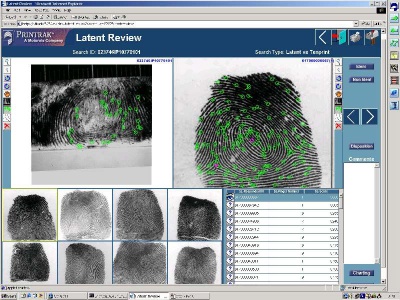 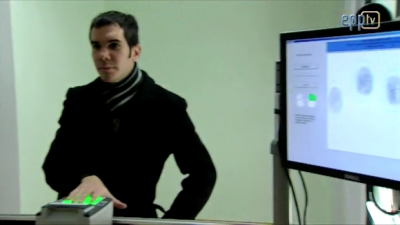 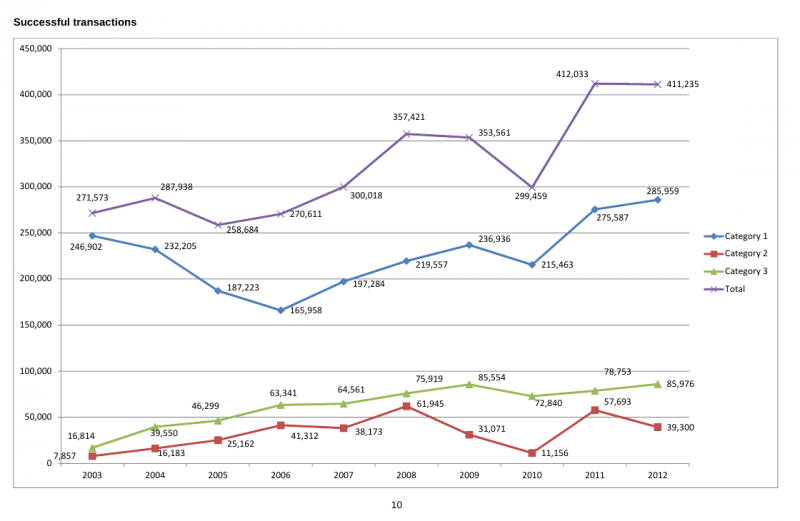 Article 5 of the Regulation deals with the data for asylum seekers recorded in the central database. The data include:

Article 8 deals with data for persons apprehended in connection with the irregular crossing of an external border. The data are similar to the first set of data in Article 5 above. After the data have been entered in the central database and the comparison is complete, the transmission media is to be destroyed or returned to the Member States of origin if so requested after the recording of the data in the central unit. Clearly some objective data such as the name and nationality of the asylum applicant are omitted because the purpose of the Eurodac system is to compare fingerprints and not to identify the applicant. Identification of the applicant is the responsibility of the Member State of origin in co-operation with the Member States concerned.

In the end, the German Presidency had not only achieved that every Member State must systematically fingerprint irregular border-crossers (in addition to asylum applicants). It had also accomplished that national authorities may take the fingerprints of illegally resident third country nationals in order to check whether the templates of this person might match with an entry in the Eurodac database.

Eurodac’s performance in regard to irregular border-crossers, on the other hand, i.e. the category of people covered by the former Eurodac Protocol, is a near complete failure. At closer inspection of the data released to the public by the European Commission, one is struck by the very small amount of Eurodac entries relating to irregular border-crossers. The Commission had estimated to receive approximately 400,000 fingerprint templates of apprehended irregular bordercrossers per year from the Member States. In actual fact, however, it merely received an average of about 12,000 fingerprint sets per annum. The overwhelming majority (82%) of fingerprint data in this category were transmitted by Greece, Italy, and Spain. What is interesting about these figures is not the relatively high share, but the very low volume of data transmitted to the Central Unit by Greece, Italy, and Spain. The patterns of intergovernmental conflict highlighted in section 3.2 above have evidently been resurfacing in the form of deliberate non-compliance with Community law.

Underpinning the sense of premeditated non-compliance with EC law on the part of external border countries in Southern Europe, both the Greek and Italian authorities made sure that the few data they did transmit to the Central Unit were sent so late that other Member States’ queries in the database would yield negative results. In 2004, for example, the Greek authorities waited on average more than 29 days before actually transmitting the fingerprints of an apprehended irregular border-crosser to the Central Unit. This gave the would-be refugee in question approximately four weeks to lodge a potentially successful application for asylum in another Member State – after having been fingerprinted for illegal border-crossing in Greece. On the basis of the available data, we may infer that a large proportion of third country nationals illegally entering EU territory in Greece and Italy subsequently lodge asylum applications in the UK,

The past and present actor constellation and mode of executive interaction concerning Eurodac represent, game-theoretically speaking, a Rambo-situation. The political dynamics of such a situation may best be illustrated by shedding light on the patterns of inter-state conflict over the river Rhine.

As one may have expected, the “Rambos” at first showed no interest in a solution like Eurodac and were subsequently subjected to a strategy of Schengen-related “carrots” and “sticks.” The latter involved the temporary reinforcement of internal border controls, while the former entailed the prospect of their complete removal – provided that the entire Schengen acquis, including the systematic fingerprinting of irregular border-crossers, had been fully complied with.

Eurodac’s ongoing operational problems stem from the fact that cross-national compliance with new rules and procedures is very unlikely in Rambo-situations. This game-theoretic insight explains why Eurodac is a near complete failure in regard to irregular border-crossers. ... The unilateral political and administrative benefits of not being held responsible for processing the asylum requests of tens or even hundreds of thousands of irregular border-crossers each year are apparently valued higher than the costs of sustained non-compliance with Community law.

We have also learned that Eurodac is performing as efficiently as promised by its corporate suppliers in regard to ordinary asylum applicants. The Rationalist explanation for Eurodac’s partial success is that all Member States and associated third countries potentially benefit from conducting “one-to-many checks” in this category. What is at stake here is not the redistribution of asylum applicants from north to south or west to east, but rather the combating of “asylum abuse” in an integrating Europe striving for a full-fledged harmonization of substantive and procedural refugee law.

Dactyloscopy is the science of fingerprinting. Automated fingerprint identification systems like Eurodac are technologically advanced law enforcement tools. In contrast to human beings, these machines are able to compare hundreds of thousands of biometric datasets in a matter of seconds and achieve conviction rates of nearly 100%. But what, one may ask, does all of this have to do with the European Union in general and Community asylum policy in particular? The empirical answer to this question is that the operational success of automated fingerprint identification systems in the Member States motivated their establishment on European level. ... National governments and administrations experienced in operating large-scale biometric databases successfully managed to "upload" domestic standard operating procedures to the supranational level. The "bottom-up" process of applying ready-made national solutions to a new set of European problems involved a particular "framing" of the political challenge at hand. The empirical evidence accordingly suggests that resourceful actors like the German Ministry of the Interior perceived the refugee crisis of 1997-98 as a problem of organized crime.

The appropriate thing to do in a situation like this was to call for the compulsory fingerprinting of "illegal" immigrants and for the storage of their biometric data in a central European database. Against this empirical background, one may conclude that Eurodac is first and foremost an expression of a police-specific behavioral logic. What is surprising about Eurodac from an Institutionalist perspective is not its particular conception of appropriateness, but rather the remarkable absence of empirically observable collisions with competing and contradictory sets of institutionalized rules. After all, "major political conflicts are focused on which set of rules should prevail when and where." The only political conflicts we have witnessed in the context of the negotiation of the Eurodac Regulations, namely the intergovernmental conflict over the redistribution of asylum applicants "through the backdoor," on the one hand, and the power struggle between the Council and the Commission over implementing rules, on the other, did not fundamentally challenge Eurodac’s police-specific rationale. The apparent lack of concern inter alia for the privacy rights of third country nationals may be accounted for, however, by the particular institutional design of the intergovernmental Schengen regime, the so-called "Third Pillar" of the European Union during the "Maastricht" era, and the Community governance of external borders, asylum, and international migration following the entry into force of the Treaty of Amsterdam.